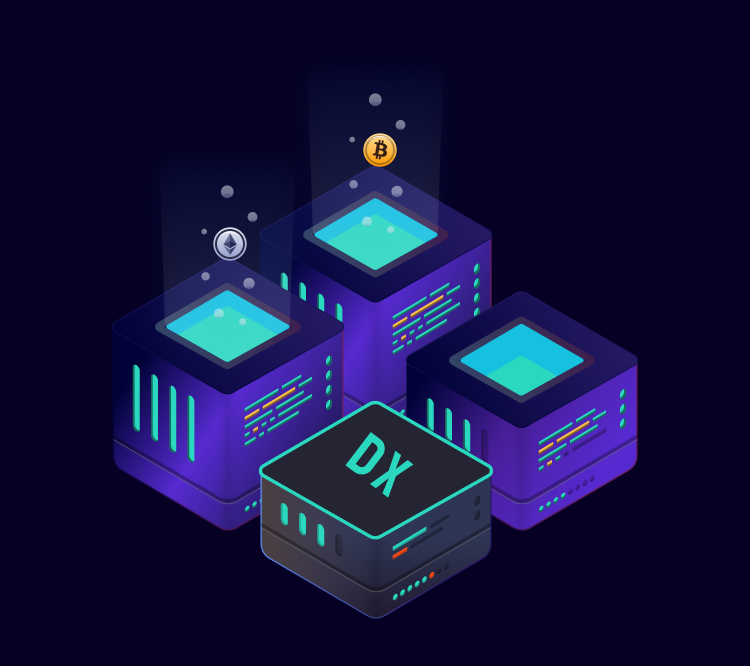 What Web3 is about and what it brings to the table

Blockchain became a popular destination for geeks who had a vision that this tech in their hands would shape the future of web architecture and replace it with a fundamentally fair environment driven by code also known as Web3.

Then there were skeptics who noticed signs of immaturity, large-scale protocol attacks, drained millions of $$$, network outages and a limited amount of use case scenarios of blockchain applications in daily life.

Another party still protects itself from crypto influence; they acknowledged there is something called Bitcoin and noticed the NFT art bubble but they have not delved deep enough yet to explore how blockchain technology works.

For any of these or other groups, allow me to walk you through a high-level overview of what Web3 is about, how it is structured and how building Web3 dapps is different in comparison to traditional web applications.

If you google “Web3 definition”, you get a multitude of various interpretations, some of which list blockchain as one of the puzzle pieces to complement people-driven shared economy next to industries like Artificial Intelligence or Internet of Things.

Full stack decentralized web applications following all three concepts still remain in the domain of client-server architecture, with two key differences how the server part operates and how the whole full-stack has to be maintained:

As mentioned, client architecture in the world of Web3 remains consistent with traditional web experience. The main purpose of dapp frontend is to:

From the perspective of choosing the right stack, React/Next became #1 thanks to its maturity and compatibility with a large ecosystem of libraries.

React knowledge together with TypeScript is a usual combination to chase a career as a Web3 frontend developer.

Picking React is also rewarding for beginning developers with a rich set of dev tooling and predefined boilerplates like Wagmi, Thirdweb or Rainbowkit.

Blockchain architecture records data on its own and does not comply with traditional database systems like SQL or noSQL. It is designed to share and update its state rather than to store a large amount of data in order to allow thousands of individual nodes to join the network without substantial data space requirements.

With its limited blocksize (1MB for Ethereum), dapps have to find different ways to store persistent data like images or media. One solution is to use specialized P2P networks similar to BitTorrent with the ability to reference between dapp and P2P network, for example:

Note that this workaround only allows the dapp to access static data references, often immutable. Processing dynamic data (outside blockchain) from client through API is not recommended as the outside of the decentralized world and output could be tampered with; this situation is often referred to as the Oracle problem.

To overcome the Oracle challenge and securely retrieve data like exchange rates, sporting events or even a random number, the application has to connect with a data provider with the ability to serve data in a trustless manner which leaves us with yet another decentralized network in the stack. Chainlink by far leads the oracle market with its robust solution to connecting data providers and motivating them to behave correctly with defined rules of penalties and rewards.

Up to this point, architectural layers used more or less the same concepts but in an extra form tailored for Web3. The server part takes care of both transaction processing and updating its state, as shown in the example block generation process below:

Instead of running one’s own server instance, dozens of blockchain networks publicly open for interaction have already been established. They can be categorized into three groups based on their functionality:

The most used smart contract function is a swap. It’s a trade function used for decentralized exchange of cryptocurrencies processed without the need of an institution in the middle, with a programmatically given:

Functions written this way that only have hundreds of rows of code have already handled billions of dollars transferred securely through the Uniswap decentralized exchange.

Current #1 programming language to write smart contracts in, Solidity, was created specifically as a developer-friendly tool to simplify byte-code execution on Ethereum. Over time, it has evolved into the industry standard because:

4. Which blockchain to pick

One of the many paralyzing aspects of deploying a dapp is the choice of network. Instead of one “internet”, there are dozens of independent blockchains often lacking an effective way to communicate with each other.

Projects financially pressured by venture investments (in return for utility tokens) cannot afford to split across all the networks due to the damaging economic impacts on project tokenomics — seeing as the price of assets with lower liquidity could be easily manipulated by whales and trading robots. This means that many projects only have one shot to pick the best environment available to start their business.

As you might guess, there is no ultimate right choice and it is impossible to say which tech will rule the market in the upcoming years and which one will perform poorly and eventually die. Due diligence increases the probability of project success.

During the project analysis phase it’s everyone’s responsibility to find the correct match by asking questions such as the following:

note: More about blockchain decision strategies in my Medium article.

One-time deployment of self-governed, decentralized or semi-decentralized applications represents a whole new challenge not yet seen in web development.

Projects need to evolve in time, adjust to market trends or keep up with competitors. The concept of DAO (Decentralized autonomous organization) provides tooling to sustain project goals long-term if meticulously designed.

Utility tokens serve as an engine from the investment phase through the phase of continuous maintenance to keep it healthy. No matter which kind of application is built, each one has to adapt some of the token strategies with a heavy impact on the project’s business with questions like:

At the point where the project is fully developed and transforms into the “decentralized” mode where everyone rules, updates and protocol optimizations are usually done by governance voting, where holders of utility tokens try to come up with proposals and reach a model of maximal financial or technical prosperity.

If a deep level of decentralization is desirable, the project needs to identify dimensions reasonable to govern and to create a strategy on how to achieve that, which includes:

Like DAO and want to dive deeper? Look at:

However, not everything is meant to be decentralized; the architecture of blockchain platforms provides new aspects in web development which only makes sense in combination with traditional web servers and databases and sometimes not even then.

It is essential to understand what blockchain does differently:

Decentralized finance (DeFi) with more than 90% market value aims to provide alternatives to traditional fintech and it is built on these key pillars:

The NFT (non-fungible token) phenomenon took the second largest market share due to the 2021 mania after the entertainment industry got involved and celebrities were followed by a wave of retail users, mostly looking for fun in categories of:

One of the less visible and less successful on-chain applications, decentralized social platforms, have properties of censorship-resistant, fee-free alternatives to popular social platforms like Facebook or Twitter. Setting aside lower service quality and poor market need of such platforms, there are some examples visible more than others:

Adoption of such financial heavy ground is unfortunately followed and often overshadowed by issues caused by immaturity of the industry, lack of best practices in program design and greediness of some of the players around.

With each innovation in DeFi or NFT where millions flow on a daily basis, yet another door is unlocked for hackers or impostors looking for an opportunity to steal someone’s lifetime treasure and to exploit vulnerable situations.

Designing good DeFi carries a great responsibility not just from a code quality perspective but also with the community of users in mind, seeing as they are regularly exposed to innovative phishing techniques and attacks, often without proper education and poor application UX that was pushed to production before proper testing could be completed.

Another source of lively discussions is how decentralized blockchains and dapps truly are, even if they are widely presented as 100% censorship-proof. In reality, some of the blockchain networks are still operated by just a couple of computers, censorship resistance of the dapps were not truly battle-tested, some of the networks experience outages and still need centralized care to operate.

The golden age of decentralization will come when creators “steal” world-class entertainment brands like Marvel, Star Wars or Pokemon, use them and run their own business publicly on-chain through DAO, and no one in the world will be able to effectively stop it. That, however, is not the situation we are in, right now:

Am I scared about the future of Web3 in the current market situation full of skepticism and depression? Not at all; the cryptocurrency market is still roughly 3x larger than 2 years ago, 10x larger than 5 years ago…and this trend will continue as the industry attracts top technological minds willing to share everything they know to push the boundaries further and further, leading to continuous improvements and current trends of:

Such high improvement speed is going to allow an early use of blockchain computing resources as replacement of application servers and databases in the traditional IT industry, all for pennies on the dollar. This will boost the network effect of some of the smart contract platforms past the point where it can be stopped.

And less successful platforms are destined to die, technically unattractive or less adaptive chains will become obsolete in this competitive battle of billion-dollar protocols. As was the case with the dot-com bubble, it just does not make sense for everyone in this field to prosper, despite the technological potential and possibly huge impact on the modern web. 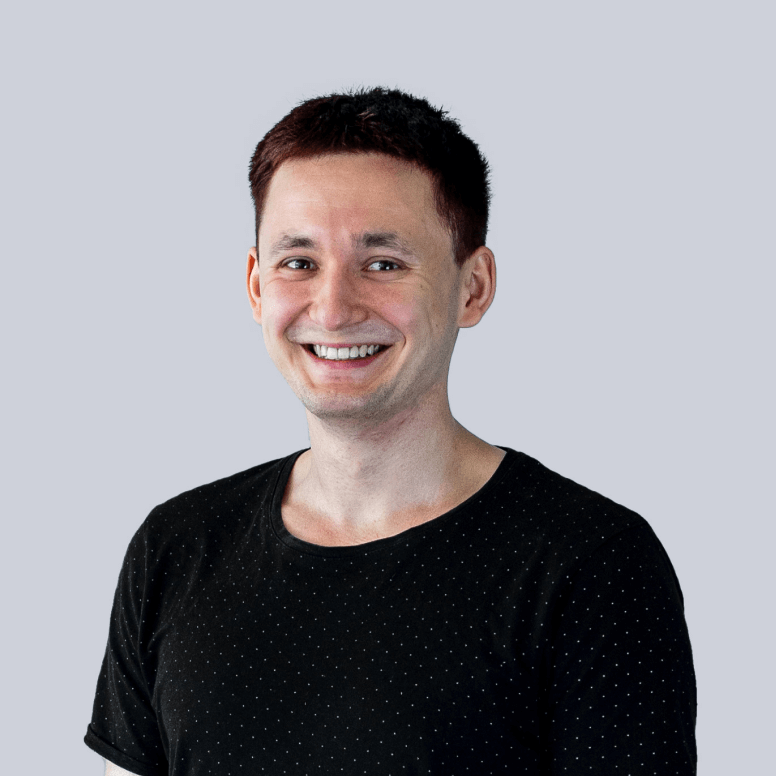 Shape up or ship out… Let's talk about Technical Writing 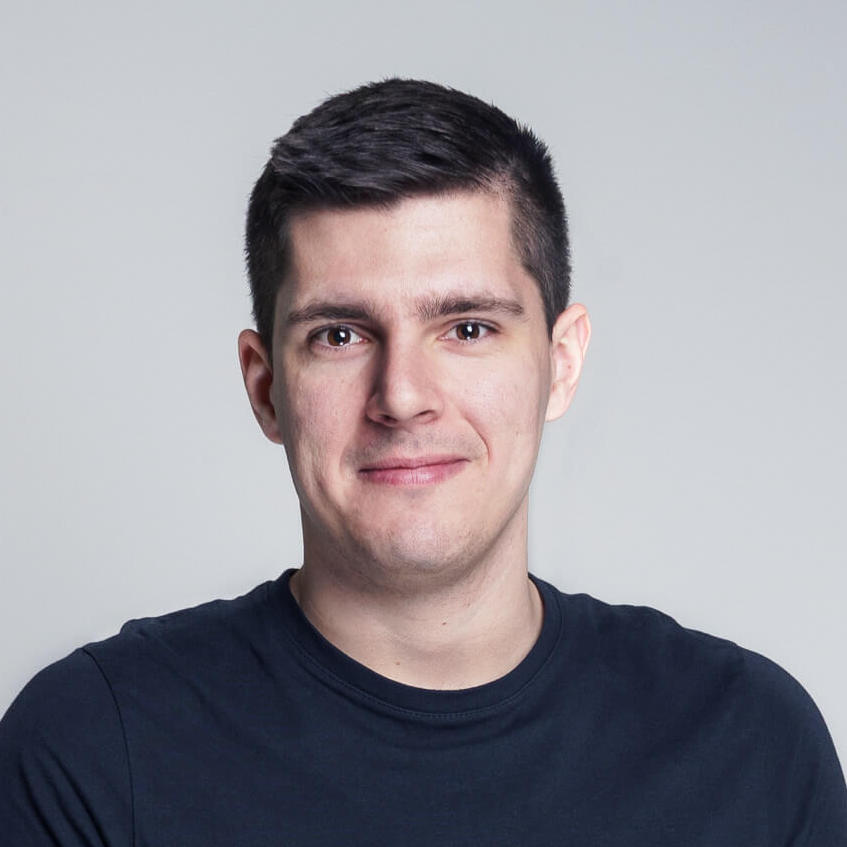 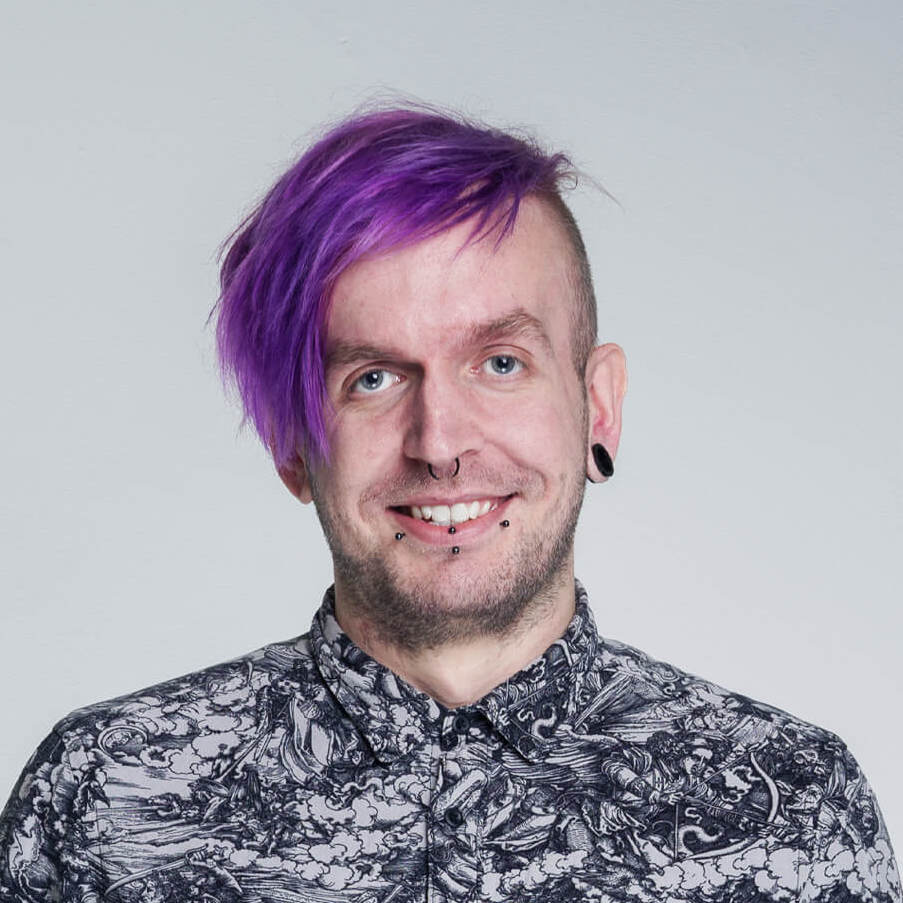 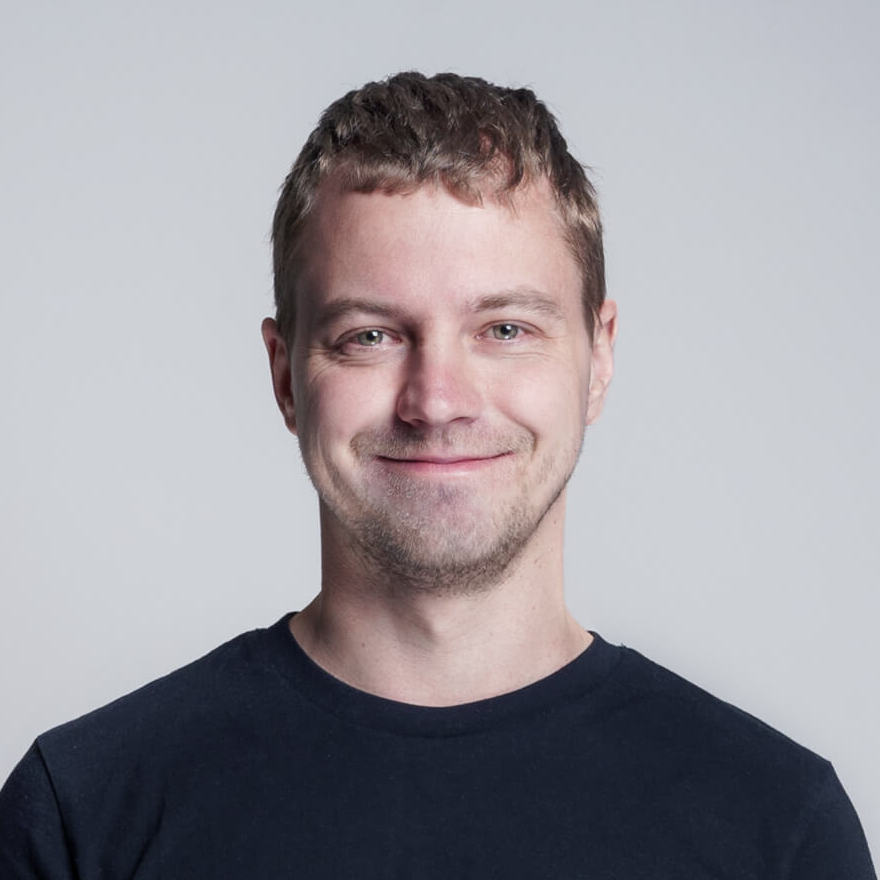 Prokop Simek
Jul 11, 2022
Supply Developers With What They Need and Reach New Audiences

How developer portal helps your clients integrate faster, showcases your product to new developers and converts them into clients. 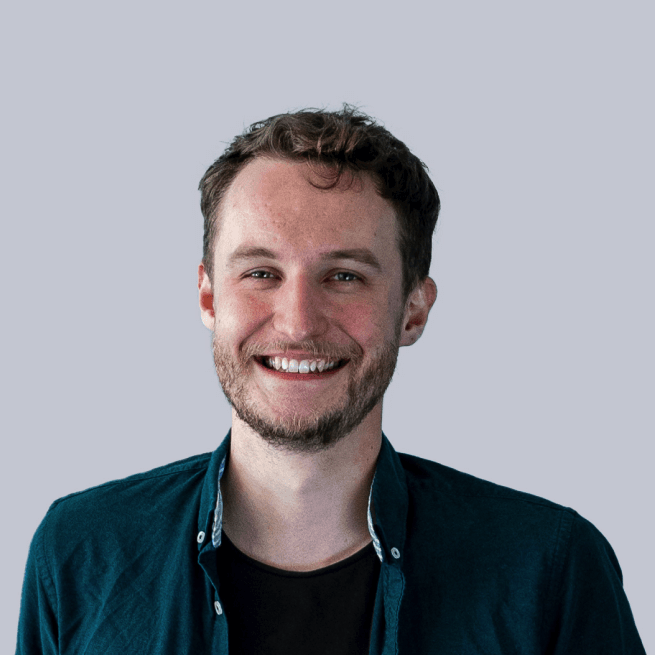 Prokop Simek
Dec 12, 2021
LET'S level
up your dx together
Thank you! Your submission has been received!
Oops! Something went wrong while submitting the form.